Miami Circle - Miami, FL, Has A Memorial to Their Native People In The Center of the City!

At the mouth of the Miami River in the heart of the city there is an archeological site, Miami Circle.
It consists of a perfect circle measuring 38 feet of 600 postmolds that contain 24 holes or basins cut into the limestone bedrock. It is believed to have been the location of a structure, built by the Tequesta Indians between 1,700 and 2000 years ago.
The site was discovered in 1998 when an apartment complex on the site was torn down and an archeological field survey was done before redevelopment. 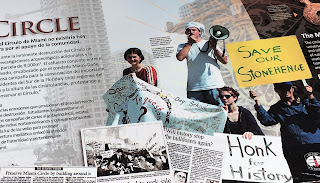 A controversy developed about how to preserve the site, which generated a lot of public support for purchasing it, and in November 1999, the State of Florida Preservation 2000 land acquisition program purchased the site from Property developer Michael Baumann for $26.7 million, using both state funds and donations from various foundations and private citizens.

There is also a large exhibit at the History Miami Museum explaining the site and displaying some of the objects found during field work at the site. 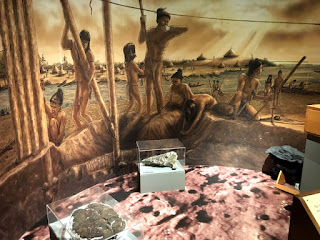 The History Miami Museum also has an extensive exhibit on the native Tequesta Indians of Miami. 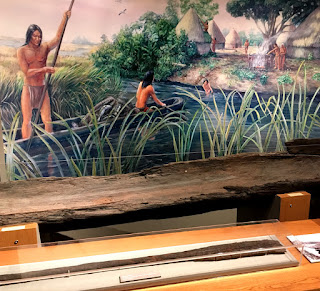 Meanwhile in Washington, DC, we're waiting for any public (or online) exhibit that tells the rich history of our Anacostan First People!